The ESOP Option: The enticing advantages of employee ownership

[This article was originally published in 2017 by Trucks, Parts, Service. It has been updated to include more timely information.]

Ask any aftermarket business owner to name the most important asset in their business and the answer nearly always comes back ‘employees.’

People are the lifeblood of the aftermarket. Equipment and technology play a major role but it takes employees to make a business thrive.

This is one of the main reasons business owners in this industry are so fiercely loyal to their people. They know they couldn’t do what they do without them.

It’s this same loyalty that can make exit planning so agonizing.

It’s hard for business owners to walk away from people they care about — especially when they were so influential to their careers and success.

For current business owners heading toward this reality and dreading it, one potentially optimal solution is an Employee Stock Ownership Plan.

Commonly known as ESOPs, Employee Stock Ownership Plans enable business owners to sell their company to the people most committed to its success, while also leveraging federal tax benefits to maximize exit earnings and develop a long-term stock-based retirement program for everyone within their operation.

Done well, an ESOP “can be a win-win scenario for both employees and employers,” writes Wells Fargo in its white paper A look at the good, the bad, and the ugly of an Employee Stock Ownership Plan.

ESOPs have existed in North American business for more than a century. Early ESOPs sold small fractions of a company to employees as retirement earnings programs but allowed original ownership groups to maintain a significant controlling share of an operation. It wasn’t until the mid-20th century that the tactic began taking hold as an option in succession planning and a true company-wide ownership program.

[RELATED: 2022 CVSN Summit panel on when it makes sense to consider an ESOP for your business]

Today the ESOP Association — an independent organization supporting the ESOP industry — estimates 40 percent of America’s 10,000 ESOPs are solely owned by their employees, while more than 5,000 are at least majority employee owned.

The businesses are wildly successful, too.

A recent ESOP Association survey discovered the average yearly contribution its members contributed to their ESOPs, as a percentage of covered compensation, was nearly 12 percent. The businesses also reported improved information sharing, communication, decision making, motivation and productivity increases after becoming an ESOP.

Giving employees stock in their employer gives them something to work toward. When everyone is invested, everyone gets to reap the rewards, says Joe Bazzano, owner and COO at Beacon Exit Planning.

“[ESOPs] typically have a different culture than most businesses in that they tend to be more open and professional,” he says. “Employees know if they work hard they’re going to get an added perk in addition to just their salary.”

Greg Klein says Inland Truck Parts has been enjoying this employee commitment for decades. The distributor was one of the first ESOPs in the independent aftermarket when its original owners sold the business to its employees in 1982. In the years since, Inland has enjoyed progressively steady growth, and now has 650 employee owners and 30 facilities in 10 states.

“I think there is a real sense of pride and loyalty” for employees within an ESOP, says Klein, Inland’s president. “I think it’s kind of like how you feel when you rent a car or house versus when you own it. It means something to people.”

For purchasers, there may be no lower-risk business acquisition in place today. Individual employees have no up-front financial requirements entering an ESOP transaction.

Wells Fargo says ESOPs may borrow money to purchase qualifying employer securities, and that those specific funds are not acquired by the actual employees but the larger group or the seller himself, who then lends the funds to the ESOP for a transaction.

“An ESOP is the only tax-qualified retirement plan that can be leveraged,” Wells Fargo says. “The plan can borrow money from a lender [a financial institution, the plan sponsor, or an owner] to acquire qualifying employer securities. The plan may, for example, borrow money to buy newly-issued common stock from the company; the company then makes tax-deductible contributions to the ESOP, which are used to repay the loan.”

This allows the company to raise cash and deduct both the principal interest and interest payments on the ESOP loan, Wells Fargo says, and over time, “shares of stock purchased with the loan are used as collateral for the loan and are held in ‘suspense.’ As the loan is repaid, shares are released from suspense and allocated to the ESOP accounts of the plan participants.”

Additionally, the National Center of Employee Ownership (NCEO) adds that employees within an ESOP pay no tax on contributions to the ESOP, only the distribution of their accounts, and that even then they “can roll over their distributions in an IRA or other retirement plan or pay current tax on the distribution, with any gains accumulated over time taxed as capital gains.

“The income tax portion of the distributions, however, is subject to a 10 percent penalty if made before normal retirement age.”

Finally, NCEO adds that “reasonable dividends used to repay an ESOP loan, passed through to employees, or reinvested by employees in company stock are tax-deductible.”

Bazzano says the tax benefits are so advantageous that some sellers can ultimately net a higher bottom-line return selling to an ESOP than making a deal with another person or business for a higher initial price.

Bill Dudek says he discovered that when he started considering ESOPs before selling his company, Acme Truck Brake & Supply. With exit planning goals to maximize his earnings while position-ing the business and people for long-term prosperity, Dudek says it didn’t take long to see that an ESOP was the way to go. He sold 40 percent of his company in 2011, and then the remaining 60 percent to his employees last year.

Early returns have been tremendous.

“When I sold the first part I still had the majority interest so I knew I could reverse [the ESOP] if it became problematic,” says Dudek, who still serves as president. “But when we got that 40 percent paid off [a year ahead of schedule] it became pretty clear that it was going to work out.”

And Dudek says employee response to the ESOP has been incredible.“There is a personal commitment from everybody in the company,” he says. “Everyone is accountable to everyone else.”

Klein agrees, noting that at Inland, the company’s pride in its ESOP has become a way of life.

“A couple years ago we held a vote to pick slogans for the company. My favorite one and the one we started using was ‘We act like we own the place. Because we do.’ I think that really epitomizes the value” of the ESOP, he says. “Employees here aren’t as tolerant of other employees not living up to our work ethic and standards because they feel it reflects on them as well.”

Yet ESOPs aren’t perfect for everyone. The complicated financial management of such a program requires an expert understanding of tax law and stock management far beyond what is required in most aftermarket businesses.

Klein and Dudek each rely on outside firms to properly operate their ownership programs. Bazzano says such firms evaluate the financial performance of each company on an annual basis to determine the company’s available funds to be contributed to an ESOP, then distribute the funds as shares to each employee based on the structure affirmed in the company’s ESOP parameters. Additionally, a company also must designate a trustee — someone who may or may not work in the business — to speak as a fiduciary on the employee’s behalf when determining exact rates for contributions and pay outs.

Klein says finding the right financial advisor to manage an ESOP is a necessity. A good one can be expensive, but the alternative is far more damaging. An inferior firm can open a business up to investigation and weaken the potential retirement earnings for everyone involved.

“There are a lot of financial advisors who don’t understand [an ESOP] and so they’ll say not to do it. I’ve also seen people get into problems because they had an advisor who didn’t know ESOPs well enough,” Klein says.

Once a company commits to an ESOP employees must be kept in the loop as well. John Minor says Midwest Wheel has used regular corporate meetings to update and answer questions regarding its ESOP since introducing the program in 2009.

“Part of that meeting is to remind [everyone] of their ownership in the company,” says Minor, the company’s president.

There’s also the cash flow factor. ESOPs are paid off through company profits. If a business stumbles and lacks the cash on hand to cover its losses, everyone suffers.

“It’s a cash flow forecast exercise,” says Bazzano. “The corporation is taking on new note and significant debt and has to be able to service that debt.” 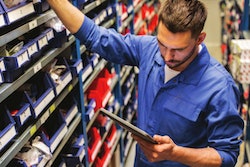 Get in line or be online: Aftermarket distributors realizing growth through e-commerce 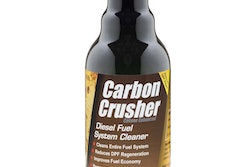 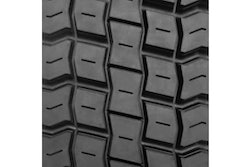 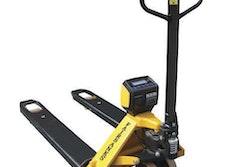