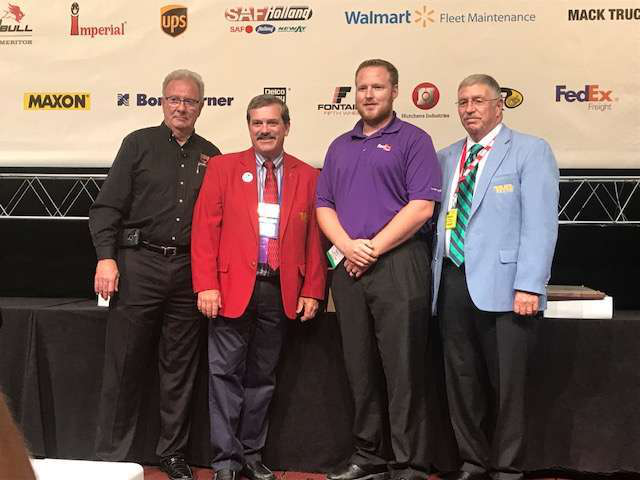 Tuesday could have been the highest point in Mark McLean’s career.

After all, he was named the 2017 Grand Champion at the National Technicians Skills Competition at the American Trucking Associations’ Technology and Maintenance Council fall meeting in Orlando, Fla.

But, it was most likely just one of three of the highest points. McLean became the first ever three-time winner of the annual event.

“I am a competitive person and I take a lot of pride in my work, so this kind of validates what I do. That means a lot to me, especially with so many talented techs here from all over the country.”

“All of the competitors at TMCSuperTech and TMCFutureTech set a professional standard for our entire industry to strive for, but Mark’s commitment to excellence raises that standard,” says ATA President and CEO Chris Spear. “I want to congratulate him, and all of the competitors in Orlando for their hard work these past few days and all year round keeping America’s trucks moving.”

“TMC has been raising awareness about the trucking industry’s need for technicians,” says TMC Executive Director Robert Braswell, “the skills demonstrated by Mark and Darrell and their fellow TMCSuperTech competitors show the talent that already exists in our industry and the proficiency Bonnie and her fellow students displayed that our industry is in good hands in the future. On behalf of the entire TMC membership, I want to congratulate them and all our participants on a tremendous competition.”

The Top 10 winners for the 2017 TMC SuperTech Competition are: