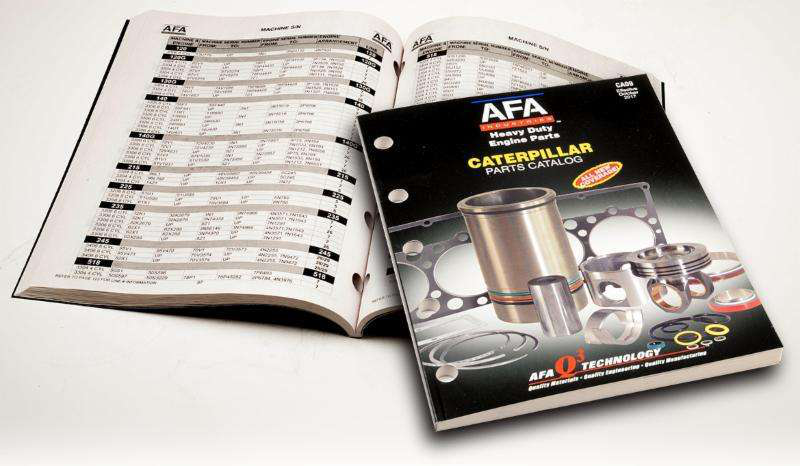 AFA Industries has released its latest catalog­—160 pages containing engine parts offered by AFA to rebuild or repair specifically cataloged engines, including in-frame and complete overhaul kits, as well as hundreds of other individual parts needed to rebuild most Caterpillar CA09 engines.