Green Power to enter EV bus market in the fall

"GreenPower will take possession of the West Virginia manufacturing facility in August and production will begin in September," says Fraser Atkinson, GreenPower CEO and chairman of the board. "The facility will be instrumental in ramping up production of our all-electric school buses, the BEAST and Nano BEAST, in time to meet the demand created by EPA's Clean School Bus Program and state legislative mandates."

In January, GreenPower and Gov. Jim Justice announced plans for GreenPower to produce zero-emission, all-electric vehicles in West Virginia. Since then, efforts have been underway to begin manufacturing with buses rolling off the line by the third quarter of this fiscal year.

"Our West Virginia operations will serve as a cornerstone for U.S. manufacturing to deliver electric school buses to our customers on the East Coast and adjacent regions," adds Brendan Riley, president and director, GreenPower. "Gov. Justice, members of his cabinet and staff, state legislators, city officials and educators at BridgeValley have all worked tirelessly to ensure we are up and running by late summer."

During a Capitol press briefing today, Gov. Justice directed his Secretary of Economic Development Mitch Carmichael to work with GreenPower to develop a pilot project that will demonstrate GreenPower's all-electric school buses in school districts across the state of West Virginia. The goal of the pilot project will be to provide real-world testing of the vehicles in all areas of the state, both rural and urban, so that school districts have a better feel for the operations of the buses, including the needs and requirements of the charging infrastructure, the company says.

GreenPower's production announcement and pilot project come at a time when the federal government is offering new funding under the Bipartisan Infrastructure Law to assist school districts with the purchase of all-electric school buses. The Environmental Protection Agency's (EPA) Clean School Bus Program Funding will provide for up to $375,000 for the larger Type D school buses (The BEAST) and up to $285,000 for the smaller Type A school buses (Nano BEAST). The EPA is also providing funding of up to $20,000 per bus for charging infrastructure for Level 2 charging systems.

"GreenPower is excited to begin this next chapter of the company's production in West Virginia. Increasing our supply of purpose-built, zero-emission, all-electric school buses to meet the demand of school districts and parents up and down the eastern seaboard through this facility meets the goals set forth when reaching expansion agreements with the state," says Atkinson. 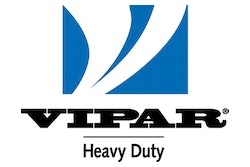 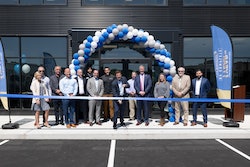 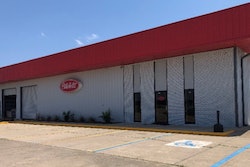 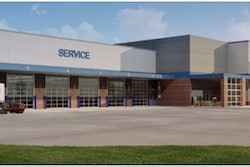