Inflation and materials supply continue to weigh heavily on the minds of suppliers according to Wednesday’s Heavy Duty Manufacturers Association (HDMA) Pulse Webinar.

When asked of suppliers what is currently representing the greatest challenge for their business in 2022, inflation in business costs (36 percent) and raw material and component availability (32 percent) were followed closely by labor availability (28 percent), according to the Pulse poll of members, which are made up of the commercial vehicle supply market.

Despite those concerns, suppliers’ outlook on their company’s ability to fulfill orders over the course of the next six months is stable with OE production at 91 percent and the aftermarket reporting 88 percent.

While problems remain, most areas of the supply chain have stabilized somewhat, allowing for short and long-term business plans to become more optimistic, according to Richard Anderson, senior director, Research & Analysis, HDMA.

The poll asked its members for comments about what they thought were the biggest risks to their fleet customers. Responses included “Continued escalation in Russia/Ukraine spreading to other countries;” “inflationary impact on consumer buying habits leading to falling tender rejections, resulting in lower spot rates and reduced demand in new equipment;” and “port closures and intermodal delays.”

Regarding the continued escalation between Russia and Ukraine and the risk of the conflict spreading to other countries, Anderson said, “This is having a much larger economic impact than people are realizing. The longer this drags on, the more difficult it can be and the more it will impact fleets and start to disrupt the global shipping situation.”

Anderson said the greatest challenge to business in 2022 is inflation. “We are really looking at inflationary pressures everywhere [and] the ability for suppliers to not get pinched, but be able to pass along those cost increases. This is the critical issue.”

Dr. Bob Dieli, economist, MacKay & Company, said he was most concerned with the supply chain.

“A lot of changes have taken place and a lot of work has gone into removing any one of several bottlenecks. What I am concerned about is the news out of China now with the shutdown of Shanghai, which is one of the busiest ports. This is going to have a cascade effect around the world,” Dieli said.

“The other [concern] is both Burlington Northern and Santa Fe have announced capacity restrictions to try to remove some of the bottlenecks they have been facing along their systems. How long will this prevail? Who exactly will be affected first? They are reducing the number of their rolling stock as well as private rolling stock that they are willing to accept for movement. The point being, this is capable of creating another shock that could materially affect operations and how you plan for them,” he said.

The HDMA Pulse Webinar also touched on Class 8 truck sales and addressed parts shortages and pricing based on findings by MacKay & Company.

“There are some differences, but dealers and distributors were basically at the same level in regard to percentage of them saying they’re experiencing parts shortages [around the 90] percent level. They’re seeing the same impact. The one thing that has changed was that 42 percent of fleets are reporting shortages on particular components. That was under 30 percent a year ago,” Blodgett said.

Regarding parts price increases, 100 percent of dealers reported price escalations, compared with 94 percent of distributors and 54 percent of fleets, according to MacKay & Company. 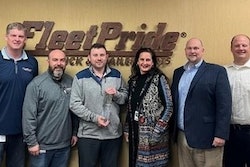 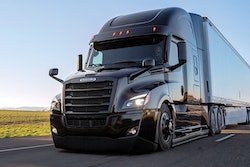 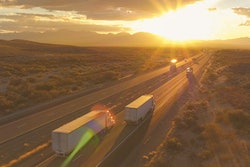