“It’s quite a fitting match, equipping Bendix’s most advanced safety systems with the bold look and improved efficiency that have made the Anthem such an attention-getter since its unveiling,” says Scott Burkhart, Bendix vice president – sales, marketing, and business development. “Mack is a longtime partner of Bendix when it comes to helping fleets and owner-operators put the safest available vehicles on the road, so we’re proud and honored to see Wingman Fusion join Mack’s efforts to help increase the safety of everyone on North America’s trucks and highways.”

Because it is built on the Bendix ESP full-stability program, Bendix says the system also helps drivers avoid additional crash situations, including rollovers, loss-of-control, and sideswipe crashes, while prioritizing alerts to help reduce driver distraction. By gathering input through radar, camera, and the vehicle’s brakes – working together, and not just in parallel – Bendix Wingman Fusion creates a highly detailed and accurate data picture using deep, multi-system integration. The system’s camera is powered by the Mobileye System-on-Chip EyeQ processor with state-of-the-art vision algorithms.

Together, Bendix says the combination of these technologies, along with powerful next-generation computing, creates a system that typically assesses situations faster and reacts earlier, while also reducing to near zero instances of false alerts and false interventions.

“When a Mack Anthem leaves our Macungie, Pa., facility with Wingman Fusion aboard, we know it’s going to help make our drivers and everyone else on the road safer,” says Roy Horton, director of product strategy for Mack Trucks. “It’s just one more way that this new generation of Mack is carrying forward the best traditions of previous models, while still taking new and important steps into the future of highway safety.” 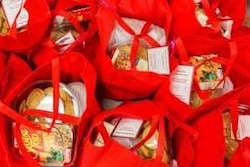 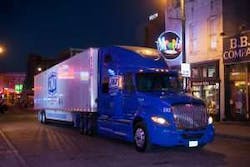 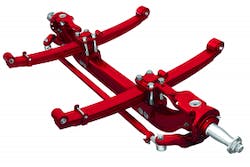 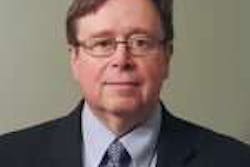