As the United States continues to battle coronavirus more data is becoming available that shows the nation’s economic outlook could become increasingly fraught and unstable in the months ahead.

In its recent Transportation Digest, ACT Research stated the tug of war between positive and negative influences on the business environment and trucking industry reached a pivotal juncture at the end of June; yet an escalation of new COVID-19 cases since mid-June is now threatening to abort the nascent recovery.

“The sudden shock of the COVID-19 recession pushed the market off the edge of the cliff in March and April, but almost as swift and sharp was the rebound in the economy and in freight in May and June,” says Kenny Vieth, ACT’s president and senior analyst. “Recognizing that we are at a fork in the road, our guess is the positive momentum of the last two months can be sustained, but that depends on the ongoing trajectory of the contagion curve, future policy responses, changes impacting key goods-producing and distribution industry activities, and international economics, just to name a few.”

Vieth adds some regions of the country appear likely to be impacted differently by the virus moving forward, with segments of the economy being “turned off and back on” as authorities work to contain the widening spread of the disease.

“While we do not believe state-level closures are likely from here, we note that the raging case counts in major Sunbelt states raise the risk of major supply-chain disruptions if any of those states are shuttered for several weeks,” he says.

The economy has other weak spots too.

But if those dangers can be avoided, ACT Research says the freight market may be able to sustain regionalized COVID-19 hot spots better than the economy at large. Vieth says while Americans can choose not to frequent restaurants, they can’t choose not to eat.

“We are reminded of Alan Greenspan’s research that freight volumes on a per capita basis change very little over time,” he says. “Most freight is related to society’s most basic needs: food, shelter, clothes, transportation.”

He adds, “With the OEMs — and subsequently the supply base — pushing hard to restore material and assembly flows, underlying economics do not appear to be as punitive as initially estimated. Additionally, spot freight rates, sitting at the intersection of equipment supply and freight demand, are the leading indicator of heavy commercial vehicle demand cycles, and the sustained rally in spot rates is one consideration leading us to make the case for a steady Class 8 market into the end of 2020.” 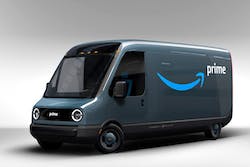 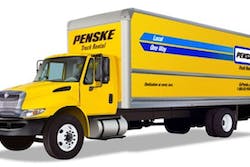 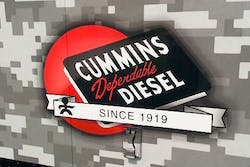 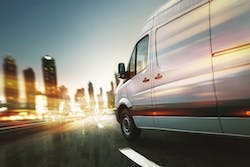