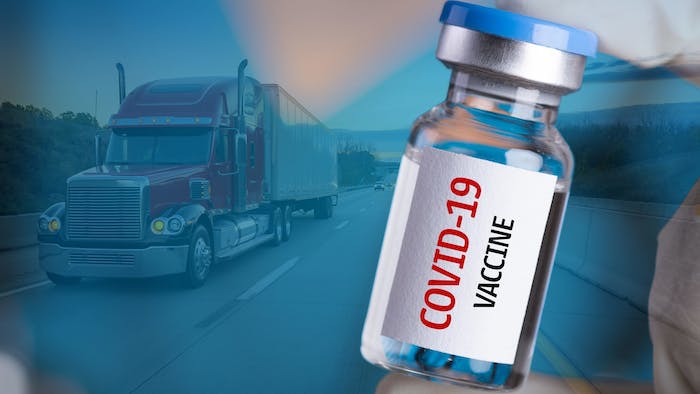 “There are other areas of concern, but over the course of the summer, the ability to get goods, particularly across oceans, has really gotten critical. We have a number of members who are struggling in this regard,” Anderson said.

He referred to a government report indicating durable goods fell 0.1 percent in July compared with June. HDMA members’ business plans have now become more conservative. “We are part of the overall economy and when the growth among manufacturing tapers off, that impacts our members. We’ve also had reported surges in the number of order cancelations over the past month and that is creating additional pressure on business,” he added.

Major metals — steel and aluminum — improved over the course of the summer but they are still unable to meet full demand. Domestic steel continues to lag but is improving. However, indications from the market are that demand will remain significantly above supply levels through the end of the year. Over the course of the year, there has been 80 percent inflation in steel prices, Anderson said.

Another major pain point is electronic components. Anderson said this is a structural issue and it’s unlikely there will be any major improvement to the problem through the end of the year. However, the Pulse Survey indicates improvement in the non-electronic sub-components “as the supply chain is working through all its weakest leaks and patching up holes,” he said.

The COVID-19 Delta variant has begun to have a significant influence on supplier decision making for the balance of 2021 and some major influence on 2022.

“There is a realization that whenever we hear of rising cases and we hear of responses such as shutdowns and mask mandates; these things don’t last just a month. The realistic window for most of these situations is between 10 and 12 weeks,” Anderson said. “We have learned over the past 18 months that these things don’t come and go quickly.”

One-third of survey respondents believe the impact of and responses to COVID will change their business practices for the rest of the year, such as tradeshow attendance and field operations. He added the industry needs to be prepared for 2022, especially if the last three to four months of 2021 end with high COVID case rates and high levels of restrictions, he said.

The topic of vaccinations is going to be explored further by Anderson and his colleagues in the other MEMA divisions to cover this matter from a broad perspective across different types of manufacturing.

“At this point in time, it seems [mandatory vaccinations] are quite rare. However, this is a topic that is gaining traction nationally. We’ve seen a lot of conversation about companies looking to push mandates and we’re starting to see pushback from employees,” Anderson said.

A written comment in the survey stated: “We decided not to mandate vaccinations because hiring people is so difficult. We don’t want to lose any of the 30 percent that refused vaccinating. However, all new employees must be vaccinated.”

Labor availability has not noticeably improved over the summer and preliminary data show the end of the federal supplement has not had a large impact on the unemployment situation, according to the survey.

“Staffing levels remain a major concern for suppliers. The largest number of survey comments this month was on this subject,” Anderson said.

July data from the Bureau of Labor Statistics shows [employment issues] are happening on a national level. Employment in manufacturing increased in July, largely on the backs of durable goods manufactured. Despite the increase, manufacturing employment is still 433,000 employees below its February 2020 level. “We have recovered just 87.2 percent of the jobs that were lost. So, we have lost 1 in 8 employees who haven’t come back,” he said.

“When we talk about an uneven recovery and how that can hurt the supply chain, we need to recognize many of our supply chain constraints are internal and are being held back because of staffing,” he added.

Anderson said a survey statistic that has become telling of how HDMA members are approaching the current environment differently than they were last summer is in the understanding of employee morale.

Members were asked what impact has the rise of COVID cases and responses made had on employee morale? Their choices were “None” at 20 percent, Small Negative at 53 percent, Moderate Negative at 27 percent and 0 percent for “Large Negative.”

“When you see that already after just about one month of rising case rates, the majority of our members have already noticed employee morale and a full quarter of them say that it is a moderately negative impact. It is something that’s meaningful and something we track. This is also something that feeds into those retention efforts and making sure you have the people you need,” Anderson said. 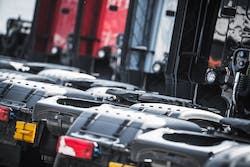 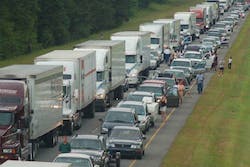 Data shows trucking is thriving. How long will the good times last? 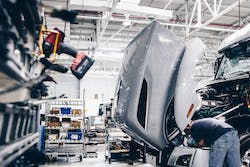 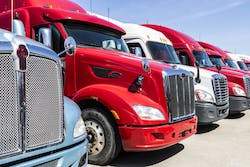