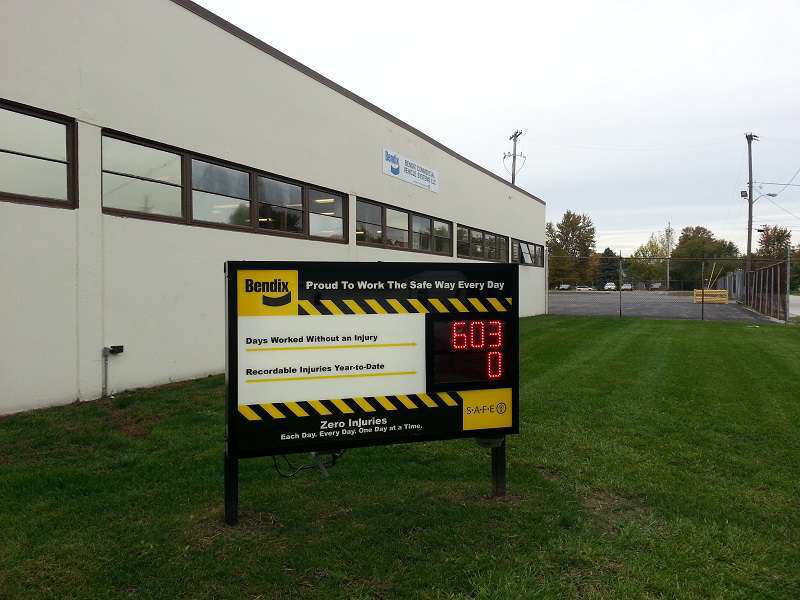 “Bendix’s growth and success here in Huntington have been built on the strength of our talented and innovative workforce,” says Fred Stevens, interim plant manager for Bendix at Huntington. “The work they do in producing, distributing, and supporting our leading-edge commercial vehicle safety technologies makes a positive impact every day on highways across North America.”

Huntington’s plant manager, Mike Pogorelc, is currently completing a short-term international assignment for Bendix’s parent company, the Munich, Germany-based Knorr-Bremse Group. He is leading the transformation of a manufacturing facility in India as part of the company’s commitment to offer opportunities for strong professional growth and global learning to its leadership.

“Our employees’ idea generation and the initiative they take to personally address quality improvements are vital,” Stevens says. “Over the years, we have implemented thousands of improvement ideas generated directly by the people who know these systems best, and the results have kept us at the forefront of the industry.”

Bendix says milestones in the Huntington operation’s development include:

As one of Huntington County’s top employers, Bendix contributes approximately $19 million per year to the area’s economy through payroll, taxes, and payments to local suppliers.

“Many of us call Huntington home, and the importance of giving back to our communities is a long-held belief in the Bendix culture,” Stevens says. “From corporate donations to fundraisers and hours of volunteer service, we are committed to improving the places in which we live and work.”