Daimler Trucks North America has made two senior leadership changes. John O’Leary has been named chief financial officer, and will continue to serve on the company’s Executive Operating Committee. Friedrich Baumann has been appointed to succeed O’Leary as senior vice president of service and parts.

Horton Holding Inc. has named Lowell Schwab to its board of directors.

Fras-le has appointed Rodrigo Meirelles as vice president and general manager for its North American and European operations.

Ancra Canada, a division of Ancra International, has appointed George Bates as regional sales manager for Atlantic and Central Canada.

Minimizer has opened a new 7,000-sq.-ft. shipping facility on its corporate campus in Blooming Prairie, Minn.

“We have a commitment to our customers to provide quick turnaround on orders,” says Craig Kruckeberg, Minimizer’s chief visionary officer.

“Our volume of sales was reaching a point that necessitated an investment in our shipping space to maintain our commitment.”

Tyler Kruckeberg, Minimizer’s shipping manager, designed the building, which features state-of-the-art workflow patterns and control stations, the company says. Minimizer says the facility was designed in a year and constructed in eight months.

FTR’s Trucking Conditions Index for May, as reported in the July 2012 Trucking Update, fell markedly from the previous month to a reading of 5.1, down nearly 4.0 points.

Trade using surface transportation between the United States and its North American Free Trade Agreement partners, Canada and Mexico, was 8.2 percent higher in April than in April 2011, totaling $79.8 billion, the Bureau of Transportation Statistics reported June 26.

Allison Transmission Inc. announced it has invested in a non-controlling equity stake in Odyne Systems LLC, a manufacturer of advanced hybrid control systems.

“Odyne Systems’ expertise and experience in the development and manufacture of advanced hybrid control systems made them an attractive partner,” says Lawrence E. Dewey, chairman, president and CEO of Allison Transmission.

“Fundamentally, I believe commercial vehicle operators who require a clean and sustainable stationary power source will appreciate the features and benefits that Odyne and Allison bring to the industry.”

Meritor says the new products are available in a standard and a premium version and are being distributed from the company’s North American distribution centers in Florence, Ky. and Brampton, Ontario.

Navistar International has announced plans to use a new diesel emissions technology for its MaxxForce 13- and 15-liter engines that now relies solely on exhaust gas recirculation.

Navistar’s MaxxForce 13- and 15-liter engines will use ICT+ beginning early next year.

With the new technology, “we have a high degree of confidence in the certainty of approval by the EPA,” says Troy Clarke, newly appointed president of Navistar’s truck and engine business. “Based on what we’ve seen so far with new technology, we’re excited. We are looking at meeting EPA’s 2014 and 2017 greenhouse gas standards early.”

Engs Motor Truck Co. is a full-service facility with a parts warehouse and 10 service bays.

According to VIPAR, Engs serves the greater northern Nevada heavy-duty truck market under the direction of president and owner, John Engs.

“They provide a key presence for us in the Nevada market with complete truck repair services and a strong inventory of truck wheel end and suspension parts.”

Engs Motor Truck Co. has 12 employees and is led by Engs, Dave Mansfield, general manager and Dustin Smith, director of operations and purchasing. ■ 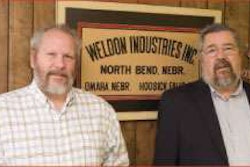 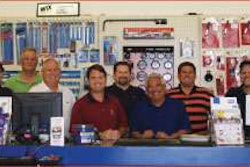 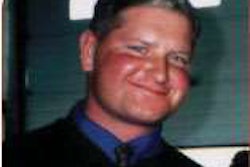