Following are personnel changes and announcements in the trucking industry.

FleetPride, Inc. has promoted Lee Stockseth to president. He now will hold the dual title of president and chief operating officer.

Accuride Corporation announces its board of directors has elected Lead Independent Director John W. Risner as its new board chairman. Risner replaces William M. Lasky, who stepped down from the role last month.

Tom Lynch has been promoted to manager of OEM accounts at Peterson Manufacturing, and Kevin Cornelius has been named the new general manager of Peterson’s Maxi-Seal Harness Systems division.Polar Service Centers has named Jerry Cignarella general manager of its Northeast region.

“Good quality used commercial vehicles continue to be in high demand, as shown by the record level of used vehicle transactions reported during each of the first three quarters 2011,” says Gary Meteer, account director for commercial vehicle solutions at Polk. There is a shortage of good, clean equipment, he says.

The American Trucking Associations announced that its advance seasonally adjusted For-Hire Truck Tonnage Index rose 0.2 percent in March after increasing 0.5 percent in February. The adjusted index stood at 119.5, up from 119.3 in February. The baseline year for the index is 2000.

FTR Associates has released preliminary data showing April Class 8 truck total net orders at 16,877 units, the lowest number since September 2010 and 55 percent below the same month a year ago. Preliminary order numbers are for all major North American OEMs. FTR says April continued the downward trend in Class 8 orders for 2012, with annualized units for the past three months now at 234,600.

After shedding jobs in March for the first time since July, for-hire trucking companies added 1,800 payroll jobs in April, according to the latest estimates released May 4 by the Bureau of Labor Statistics. BLS revised preliminary March figures downward by 500 jobs, so the drop in March was 2,500 jobs.

Starting in the fall semester 2012, Northwood University will offer a new degree program in Operations & Supply Chain Management (OPS). Northwood says graduates of the program will be equipped to lead operations and supply chain management activities around the world.

According to Northwood University professor Douglas Hentschel, the match between Northwood and the OPS degree offering “makes perfect sense.”

“Industry professionals have advised us that there is a very high demand for staff who are competent in these areas and that there is a shortage of graduates with proficiency in these disciplines,” Hentschel says. “The growing globalization of supply chain management dovetails with our mission to develop the future leaders of a global, free-enterprise society so the program offering makes perfect sense,” he continued.

The OPS program is said to complements Northwood’s existing offerings in management and entrepreneurship.

“Operations and supply chain management has rapidly grown in terms of importance,” says Joseph Wulffenstein, chair of Management Information Systems and division chair of Quantitative Studies at Northwood University. “As global competition increases, industries must strive to become as efficient as possible. Well trained, quantitatively proficient professionals in operations supply chain management are as vital to today’s global enterprises as blood flow is to the body.”

Opened by Anthony Naples in 1972, Long Island Truck Parts is a second generation, full-line, heavy-duty aftermarket parts distributor. Long Island starting primarily as a driveline house, and has grown into one of the larger aftermarket suppliers on Long Island, the company says. It now has three locations in New York: Medford, Riverhead and West Babylon.

“The bottom line is that this business is a people business built on relationships and trust, and we are grateful to have a motivated and loyal staff,” says Robert Naples, Long Island president.

Long Island Truck Parts will celebrate its anniversary this fall with a customer appreciation celebration with vendors, family and friends.

Construction was recently completed on an addition to the Peterbilt of Norfolk building in Nolfork, Neb. Eight service bays were added.

Mack Trucks has named TransEdge Truck Center of Pittsburgh its 2011 North American Distributor of the Year.

Rihm Kenworth has expanded its reach west across Minnesota by opening its fourth location, a 16,000-sq.-ft. full-service dealership in Sauk Centre. 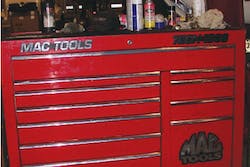 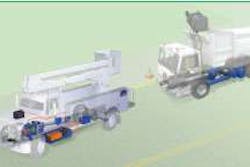 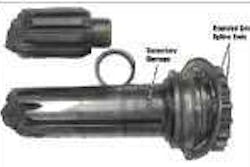 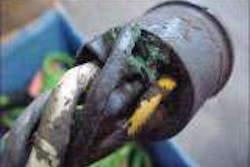