The art of HVAC maintenance requires close attention to detail.

Gary Hansen knows that challenges with an air-conditioning system can quickly spiral out of control without a commitment to preventive maintenance.

“You ignore it and the next thing you know, you have got to put on a new compressor, or you never change the receiver-dryer and it gets so full of moisture that the desiccant breaks down and it’s pumping that desiccant throughout the system. Then you’re into flushing and troubleshooting and really chasing your tail,” says the vice president of Red Dot, a supplier of HVAC units and components. “When that happens you’re in for a bad day.”

Compounding issues are the situations that emerge when service technicians fail to determine the true source of a problem. An outright compressor failure can be obvious, but others might be a little more mysterious. “That’s the interesting thing about air conditioning,” he says. “It’s kind of an art and science.” 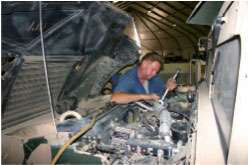 Ignoring routine maintenance of the HVAC system leads to poor performance and costlier repairs in the future.

Regardless of whether the art or science takes the lead, a detailed work order will play a key role in troubleshooting any HVAC-related complaints since every piece of information can lead a technician in a specific direction.

Electrical-based performance issues may require recreating a scenario when a failure occurred, such as turning on the stereo, wipers and plugging something into a power inverter to determine if available voltage drops too low. But a driver’s initial complaint about “low fan speed” actually could be the sign of something as simple as a plugged filter.

It isn’t the only difference that a plugged filter can make. The filters in the fresh air intake are designed to capture dust and dirt that would otherwise stick to the evaporator core. If that happens, the evaporator eventually will be unable to absorb as much heat as it should.

The most common filters in an HVAC system are made of pleated paper, and can be vacuumed clean during regular maintenance. Filters made of open-cell foam and carbon, used to neutralize odors or trap particles in cigarette smoke, can be washed with soapy water, and replacing them on schedule is a good idea as well.

The nature of an odor-related complaint can be telling on its own, particularly when it involves a “dirty sock” stench that emerges from the vents. “There’s a mold buildup in the vehicle and the only way you’re going to get rid of that once it really starts is to squirt a biocide in there,” Hansen says. 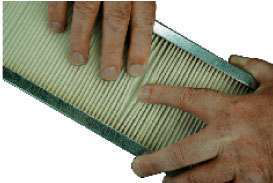 Filters defend the evaporator core against dust and dirt, so they should be routinely inspected and vacuumed clean.

“This is a real challenge with aluminum heat exchangers because they trap some of the water,” he explains. “Some of the older systems, and a few of them today, use round copper tube and aluminum fin heat exchangers, and the copper acts as a natural biocide. So what happens is the water running across the copper creates a natural biocide and protects it.” With their aluminum counterparts, however, manufacturers are left to coat the metal with biocides, or add coatings that help water to drain off the aluminum.

Visual inspections under the hood should look for heat-related discoloration on the face of the clutch hub, oil around the shaft seal or any glazing or cracking on the belts. And the sight glass on the receiver-dryer’s moisture indicator offers some telling information. A blue dot means everything is dry, while pink, white or gray will indicate the presence of acid or moisture.

Electrical connections deserve some attention as well. A bad connection to ground – whether it comes in the form of a wire or the motor’s mount – can rob a heater’s blower motor of required power.

A multimeter will ensure that the motor is getting enough voltage. If the supply of voltage is OK, but a motor still is not working, it will be time to look for worn brushes, dirty squirrel-cage fans, damaged fan blades and other typical motor issues.

Regardless of any issues that emerge, it can be important to ensure that any replacement parts match original spec’s in the name of maintaining performance. A long-life blower motor will have a rating of 6,000 to 12,000 hours, but standard motors with sleeve bearings and shorter brushes are rated at just 4,000 hours, according to Red Dot.

Any hoses in the system also will need to be changed on schedule or whenever they feel spongy, since they will deteriorate from the inside out. If that damage is left unchecked, the hoses will shed debris that can plug water valves or even damage a heater core.

It’s also a fact that every air-conditioning system will lose its charge over time. “Even if the system is properly assembled at the factory and everything, it’s just the nature of the beast,” says Hansen. “How long it takes depends on how much hose and how well it was put together, but at some point in time, that’s going to happen.”

When a charge needs to be replenished, technicians have the advantage of using equipment that is largely automated, measuring the amount of oil reclaimed from the compressor and ensuring everything is sealed tightly. “It’s a pretty straightforward, inexpensive process,” he says.

But related shop equipment requires some maintenance as well, and that is particularly true when considering the condition of the vacuum pump that is used to boil moisture out of the system.

“Basically, you draw a deep enough vacuum and raise the boiling temperature in the system to where it will boil off any moisture in the system,” Hansen explains. “If the pump doesn’t pull down deep enough, it’s just there making noise.” A technician might think the sweeping gauge looks fine, but there can be a world of difference between 25 inches and 27 inches of mercury.

Other challenges can emerge during the evacuation and charge of the system.

“We’ve got a bunch of compressors sitting at our facility where the individual didn’t understand how to properly charge the system,” he says. “He put the refrigerant in on the suction side of the compressor, turned on the air conditioning system and the liquid went straight in and blew the compressor to bits. And then once he realized what he was doing, and charged the system properly, he never gave any consideration to the fact that he put three compressors on it and he ended up with a boatload of compressor oil in the system. So he lost a couple more [compressors] simply because it had enough oil for three or four systems.”

Replacement compressors already come with the required five to 10 ounces of oil. And if the system is not being flushed, it will be important to measure the amount of oil removed when draining the old compressor, and then extracting the difference that remains from the new compressor that will be installed.

“The same goes with the charge. Overcharging systems is probably the No. 1 thing we see. They just put in too much refrigerant,” Hansen explains. “What happens is that liquid starts backing up into the condenser. It’s just like blocking the condenser, and the head pressures just go through the roof. The compressor is trying to pump and there’s no place for this to go.”

It can be a bigger challenge in modern vehicles that include condensers with micro-channel architectures. “They don’t hold a lot of refrigerant versus a round tube and fin. What happens is the charge window between the ‘accurate’ charge and ‘too much’ narrows,” he explains. “That’s why we have a receiver-dryer. The receiver portion acts like a reservoir. But once the liquid starts getting into the condenser, it’s like blocking off part of the condenser because it’s liquid and it’s already condensed… with just a little bit of liquid you can wipe out a whole lot of condenser.”

While drivers may be focusing on the condition of the air conditioning with the onset of warmer weather, even bunk heaters deserve maintenance in the summer months.

Like the furnace in a home, the proper routing of the unit’s exhaust will determine the overall efficiency. 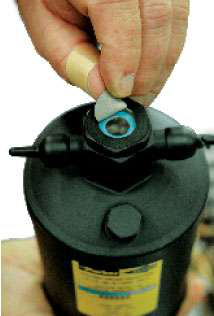 The sight glass on a receiver-dryer can provide instant diagnostics. A blue dot on the moisture indicator means everything is dry, while pink, white or gray indicates moisture or acid in the system.

“In a lot of applications where the heater doesn’t work, the exhaust pipe wasn’t routed properly,” says Robert Hupfer, Webasto’s director, research and development. The exhaust needs to slope downward to ensure it doesn’t fill with snow, moisture or other debris. Another common problem comes in the form of a siphon created when the exhaust doubles back on itself. “If you create something like that, you put a little hole in [the bottom of the bend] so it can drain out,” he says.

Many failures can be traced to problems as simple as a driver who has stowed gear in front of the air intake, or installers who have failed to leave the required six inches of space around the equipment. “Technicians tend to think the heater doesn’t work and put a new heater in there… I would say in more than 75 percent of the cases it’s something around the heater,” Hupfer says.

Regular inspections should ensure a clear connection to the battery, and combustion chambers should be cleaned out with a screwdriver on an annual basis. The units should even be run about three times a summer, for 10 minutes a session.

Diagnostic tools also have made it easier to track a number of performance issues, whether they are related to low fuel or poor electrical connections.

A more in-depth diagnosis is available through a combination of blink codes on the rheostat control and a more refined PC-based diagnostic tool. “It tells you exactly what needs to be serviced, what you should be checking so you can fix it efficiently and in a time-effective manner,” says Andy Lampkin, OE account manager at Webasto. “It also helps you understand what the hours are that the unit has been in operation so we can determine whether or not it’s within warranty period and how long it has been running and what other things may be going on.”

It is another example of the way information can fuel the art and science of HVAC maintenance. n

When replacing a compressor and if the system isn’t being flushed, be sure to:

1. Drain the oil from the old compressor.

2. Measure that amount of oil.

3. Calculate the difference between that amount and the amount of oil in the new compressor.

4. Drain that difference of oil from the new compressor before installation. 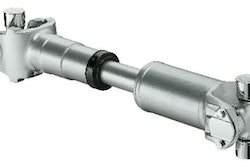 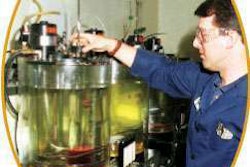 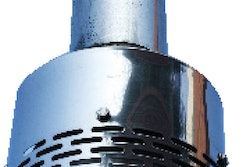 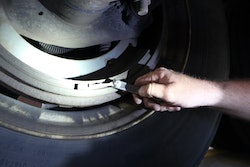