When the EPA comes after you

Bring up the Environmental Protection Agency (EPA) in a conversation with someone in the commercial trucking industry and you’ll see a wide variety of responses. Most aren’t great.

It’s not that the trucking industry dislikes the EPA, per se, it’s more that a lot of us feel the organization is flawed. Whether it be in its areas of focus or its rule making, you don’t have to talk about the EPA very long (with anyone, really) before the complaints start coming up. The “I wish it worked this way …” or “Why don’t they do things like this …” responses.

One particular aspect of the organization that earns its fair share of grievances in such a conversation is its enforcement wing. There is a common misconception that exists in pockets of our industry that even though the EPA has developed exhaustive and expansive heavy-duty emission and greenhouse gas regulations, that far too often those rules are not enforced. That yes, you can be fined if you knowingly or unknowingly tampering with tractor’s aftertreatment system, but first they have to catch you.

Well, yeah, about that.

They will catch you.

The EPA announced last week it has accepted guilty pleas from three of five men charged with conspiring to defraud the United States and violate the Clean Air Act. The five men — one the owner of commercial truck service facility, the other a truck fleet and multiple employees from a water and waste transportation company — worked together to “illicitly disable the Rockwater Northeast CMVs’ emissions control devices,” states of the Office of the Inspector General.

What comes next for these men has not been announced, but knowing what we know about EPA fines, they are about to be in dire financial straits. At minimum.

I’ve had the opportunity to listen to EPA enforcement officers describe their work in the past and I can tell you, they don’t take kindly to such brazen disregard for Federal regulations. The officers I’ve met say it isn’t their job to police every service bay and look over every tech’s shoulder. They trust that most everyone is following the rules, and in cases where a fleet, tech or service provider makes an honest mistake, they are fair and understanding in how they address that. Fines are likely reduced or ignored. The goal is education, and knowing the rules.

But … if you are deliberate and intentional in your rule breaking, they will come after you.

That’s what’s happening to these men in Pennsylvania.

So pay attention to what’s going on in your business. Make sure your techs know about the lines they can’t cross. I don’t want to see your name in Trucking’s Rap Sheet in the future. 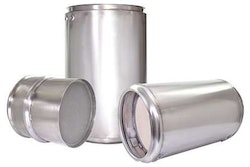 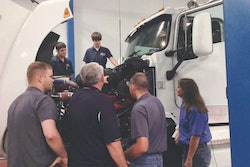 Have you thought of these ways to recruit technicians? 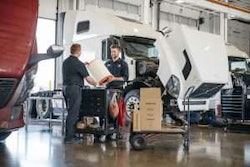 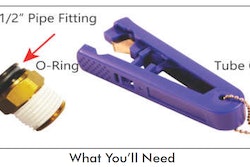