Used trucks sold in January also saw a 4 percent increase in average miles and a 3 percent jump in average age when compared to December.

When comparing January 2021's market to the prior year, ACT Research says the data was stronger. Same dealer sales volumes were up 19 percent year over year while pricing was virtually flat, with a 1 percent contraction. Additionally, the company says average miles changed by a similar amount in the opposite direction, up 1 percent and average age was 2 percent lower compared to January of 2020.

“Many of the conversations we had with dealers since last month’s publication focused on the weather rather than the market,” says Steve Tam, vice president, ACT Research. “While it is normal for sales to be below average in February, the severe winter storms that blasted much of the country in February made selling used trucks more of a challenge than it usually is during the month. Aside from the weather, the tone remains positive, with observations that all market segments seem to be doing well.”

Looking at the different sales channels for used Class 8 vehicles, Tam adds “Channel results were uniformly negative in the short-term, but mixed for longer-term time period comparisons, with retail sales making progress, but auction and wholesale activity lower than a year ago.” 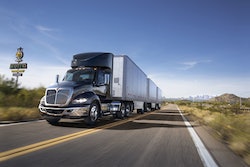 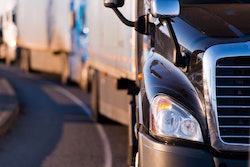 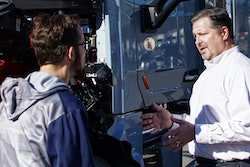