This is the second of a two-part series on the diesel technician shortage.

A bright spot in the technician shortage is that more and more job seekers are realizing that becoming a diesel technician offers a stable career with good pay. No longer are admission offices filled only with fresh-faced high school graduates looking to enter the working world. An increasing number of enrollees are entering diesel programs with a degree already in-hand – or experience in other fields – and looking to change careers.

“We’ve had some folks that went through four years of traditional college and then decided that they are not as employable as they want to be, or they’re following their love – a passion – in diesel technology,” says Jerry Clemons, program coordinator at Elizabethtown Community and Technical College. “People are recognizing at various stages – young, (former) military, and with degrees in other subjects – they are recognizing great needs for technicians by looking at the want ads and seeing the earning power they have.” Salaries for diesel technicians can range from $40,000-$75,000 and up, depending on experience and location.

Al Clark, diesel tech instructor at Lane Community College, Eugene, Ore., says the average enrollee in his program is in his late 20s and often in search of a new career. “Being a community college, and I’ve been here 29 years … pretty much that whole time our average age is in their late 20s,” he says. “The high schools here on the west coast just don’t have automobile programs like they used to, and because of that we just don’t get the pipeline of high school students.”

John Speights, diesel instructor at Shelton State Community College in Tuscaloosa, Ala., says more than half of his 16 to 18 students per semester are right out of high school, but the makeup of the other half has changed over semesters past.

A top-credentialed technician graduating from the Elizabethtown (Ky.) Community and Technical College can earn upwards of $17 per hour, says Jerry Clemons, program coordinator. With average overtime, he says, that equates to roughly $40,000 annually. But quick learners can rapidly up their earnings, he says, pointing to a 2010 graduate of his program who recently relocated to Austin, Texas, with a pay package that hit $75,000 last year. “This is as vibrant of an environment for our students as I’ve seen here,” Clemons says, looking back on his 15 years with the school.

Income for diesel engine specialists ranges widely, from about $26,820 for the lower 10 percent of earners to about $63,250 for the top 10 percent, with an average of about $42,000, according to a 2012 Bureau of Labor Statistics report. Average pay in the truck transportation industry was slightly lower, at $38,250.

“If our guys will go north, up into Portland or Seattle – or even into California – they can literally start in the low $20s (per hour?),” he says. 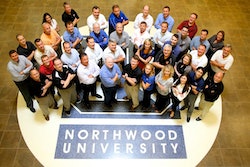 New class graduates from University of the Aftermarket

Aftermarket a hot topic at TMC 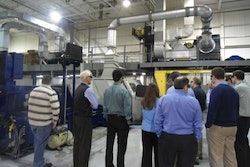 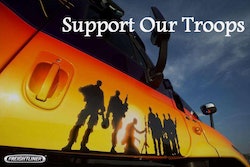