Aftermarket a hot topic at TMC

With more than 100 task force meetings scheduled, the aftermarket was bound to find its way into a couple discussions on Monday at the Technology & Maintenance Council (TMC) annual meeting in Nashville.

But once meetings kicked off the aftermarket proved to be a hot topic, taking precedence in a variety of meetings during the course of the day.

The S.16 Service Provider and S.5 Fleet Maintenance Management study groups were home to most of the discussion. Both groups are striving to improve business processes for fleets and their service providers.

Porter and his group are developing an RP designed to help all shops standardize how they record downtime.

Porter says the methods currently in use for tracking downtime vary widely across the industry. By developing a standard operating procedure, the industry can eliminate disconnect between customers and service providers and improve uptime on a national level.

And Porter says this tracking metric will work for all areas of the industry, including the aftermarket.

A consistent tracking and communication approach should not be limited to warrantied repair. Fleets should be able to rely on an equal tracking metric across all of its service options, Porter says.

In S.16, the aftermarket led a variety of discussions.

The study group’s day kicked off with a lengthy and engaging discussion on a new task force, Service Event Data Transparency.

The study group’s goal in that task force is similar to Porter’s downtime tracking, and hopes to create a standardized procedure for communicating service data from customers to service providers, and visa versa.

Industry-wide data transparency can greatly minimize the time-wasting struggle of acquiring a vehicle’s service history. And in the aftermarket, that can be a common problem.

Geared to help dealers and service providers, Voyles notes one of the most important methods to minimize conflict is up-front communication and service transparency.

Customers need to know what’s going on at all time. It’s better to deal with a possible conflict the instant it happens, then wait until a repair is done and find yourself in a verbal battle, Voyles says.

“It is easy to assume that a conflict will be resolved by letting time pass. Nothing could be further from the truth,” he says. 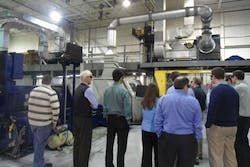 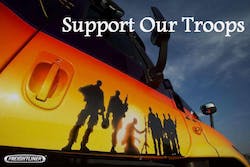 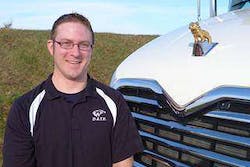 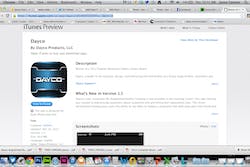