Meritor has purchased a 360-degree imaging system and is in the midst of building an expansive high-quality photo library for its entire parts catalog.

The program will allow Meritor to provide added visibility for distributors and customers when searching for Meritor parts online, the company says.

Meritor purchased the photography equipment last fall and began building a prioritized database to determine which parts first needed to be photographed and uploaded to the company’s online catalog. Principal photography began in January, and the company says it is now adding high-quality images (still, 360-degree and 3D) and multimedia online for approximately two dozen part numbers per day.

“We want to make sure we have photos of everything,” says Marty Hetherington, manager, brand and marketing, Aftermarket, at Meritor.

Meritor says the 360-degree photography system allows the company to take up to 24 images of a component from various angles, which are then molded together to create a cohesive 360-degree image. This technology allows Meritor customers to not only look at a part from different side angles, but also shift it up and down on a different plane to see parts of the component a standard image cannot display. 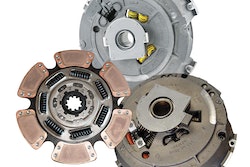 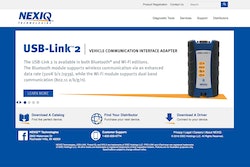 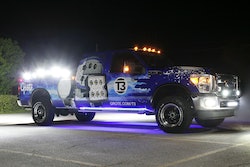