Following last month’s sentiment that the labor market’s ongoing strength and consumer spending are the tow hooks holding the U.S. economy from slipping into a recession, Wednesday’s discussion featured ACT Research and centered around when those hooks may break and the impact it will have on business in the year ahead.

ACT Research Vice President and Senior Analyst Eric Crawford says the economy has been surprisingly durable this year despite the hits it has taken. The supply chain remains disjointed (though is improving, more on that below), geopolitical instability continues to cultivate uncertainty and skyrocketing inflation are causing Americans to shoulder a significant financial burden. Crawford says the economy is likely to withstand those challenges into the new year — barring a global breakdown event — but is unlikely to do the same in 2023.

“We are expecting a recession next year,” Crawford says. “We think GDP is going to decline 0.5 percent on average for the year.”

He cites a number of indicators for the prediction, including the Federal Reserve’s aggressive efforts to drive down investment and spending to combat inflation and a job openings market that is finally beginning to show softening.

Regarding inflation, Crawford says two of the three highest monthly readings of the Core Personal Consumption Expenditures (PCE) index of the last 37 years have occurred in the last three months. As for the job market, Crawford acknowledges the U.S. unemployment rate of 3.5 percent is the lowest since 1969, but also says job openings in September fell to 263,000, well below the three-month rolling average of 372,000. He says the rolling average from 2011 to 2019 was 196,000 openings and believes the country needs to reach that number again to best curb wage inflation.

The freight market is weakening too.

ACT Research Vice President Steve Tam says the spot market has shrunk dramatically — in price and volume — since its record highs in the first quarter and now most U.S. freight is now contracted. Tam says that’s a good thing for carriers as contract rates lag below the spot market and typically hold their value longer, though the change still shows an overall slumping in the sector. Crawford says ACT Research is predicting freight rates will hit their trough in April 2023, with volumes bottoming out in June.

Crawford does add the U.S. economy will likely mollify a global recession better than European and Asian contemporaries but says avoiding it entirely is no longer a reasonable option.

“Globally, recessionary forces are starting to hold sway,” he says.

Within the equipment sector, Tam says ACT Research continues to alter its projections for equipment sales to account for the changing economic conditions. One advantage for the trucking market is pent up demand remains high. September was the single best month for Class 8 truck orders in history and projected OEM build rates per day for the next two quarters will exceed the daily averages for the first nine months of this year. The supply chain is slowing improving, and Tam says currently carriers are not delaying their purchasing plans to account for any future economic concerns.

On the topic of supply chain, HDMA’s Richard Anderson, senior director, market research and analysis, says this month’s HDMA Pulse survey indicates manufacturers haven’t experienced large scale improvements yet but they are expecting positive changes in the months ahead.

Order fulfillment by HDMA survey responders to their OEM and aftermarket customers were 90 and 85 percent, respectively, this month. Anderson says those numbers are in line with what the market has reported all year. But looking ahead, those same suppliers bump their rates to 91 and 89 percent in the next six months. The latter would be the highest total for the survey this year.

Additionally, when Anderson asked the supplier attendees on the webinar which major issue impacting their operation they expect to see resolved first, half predicted their supply chains.

Positivity regarding inflation and labor availability is harder to find. And when coupled with the aforementioned macroeconomic concerns, Anderson says overall supplier sentiment is shifting downward for the immediate future. “We have started to see this pulling back of outlook from our members,” he says. 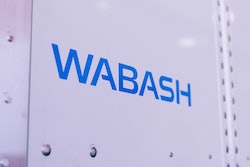 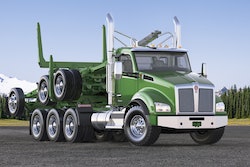 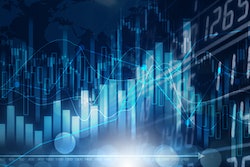 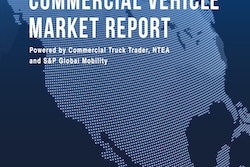