After the order results posted in a seasonally strong first quarter, there was only one direction for orders to head in April to go last month and that was down, ACT Research and FTR reported Wednesday.

According to ACT Research preliminary data, North American Class 5-8 net orders for April totaled 59,600 units, with the Class 8 market accounting for nearly 60 percent of the month’s orders. The company says seasonality is a big reason for the order downswing after a record-setting March.

In the Class 8 market exclusively, Vieth says orders fell to just below 35,000 units, with seasonal adjustments boosting the month’s orders to 35,200 units.

“In ACT’s 30-plus years of collecting industry statistics, the Class 8 market has never had four consecutive months in which orders exceeded 40,000 units. Preliminary data indicate that the wall remains in place as 34,800 Class 8 net orders were booked in April, stopping the latest string of 40,000-plus order months at three,” he says.

FTR reports preliminary North American Class 8 orders for April dropped 12,000 units from the “stratospheric” March numbers to 34,700 units for the month, according to an announcement. While this was the largest drop month over month since 2011, it was completely expected and still up 50 percent versus April 2017. Demand for trucks remains at record levels and fleets are still attempting to add capacity as fast as possible in this market. North American Class 8 orders for the past 12 months have now totaled 368,000 units.

“To put the April results into perspective, while we saw a nearly 12,000-unit drop from March, the figure is still above the average month for Q4 of last year. This remains a very elevated market,” says Jonathan Starks, FTR chief intelligence officer. “These order levels will continue to put pressure on the OEMs and suppliers to increase production and output. The market will stay red-hot into 2019. The question remains: how hot can they run?”

“There is virtually no seasonality in April for the medium-duty market,” says Vieth.“As a result, and while orders were down 16 percent nominally from March, on a seasonally adjusted basis, Classes 5-7 orders were 24,900 units, up 200 units and 0.8 percent month-over-month.”

ACT notes these numbers are preliminary. Complete industry data for April, including final order numbers, will be published in mid-May 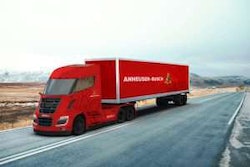 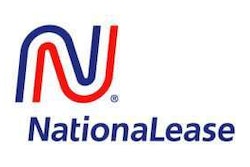 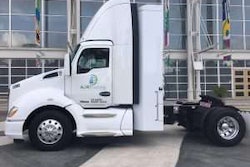 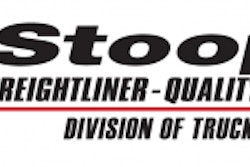