Preliminary used Class 8 retail volumes, based on same dealer sales, grew 4 percent month over month and ended 2021 with a 6 percent year-to-date increase, despite dropping 30 percent year over year in December, according to the most recent release of ACT Research’s State of the Industry: U.S. Classes 3-8 Used Trucks.

“Preliminary same dealer retail sales improved for the first time in three months in December, but still lag compared to their year-ago level. The month-over-month gain was muted compared to typical December activity, which is understandable in the context of insufficient inventory,” says ACT Research Vice President Steve Tam.

“Despite the current softness, preliminary retail sales suggest the market improved by 10 percent compared to 2020. The gain is not only a reflection of how challenging 2020 was, but also a commentary about how resourceful the industry can be, as it pulled out all the stops to keep the wheels of commerce rolling, regardless of the challenges COVID still presents,” Tam says.

“Driven by robust demand and anemic supply, the preliminary average retail selling price for used Class 8 trucks continued its relentless upward trek in December. And, while the short-term outlook for pricing calls for sustained strength, albeit at a declining rate, we remain convinced that all of the dynamics currently in play suggest an orderly reversion to a more normal — whatever that is — market, as opposed to a free-fall or crash scenario.” 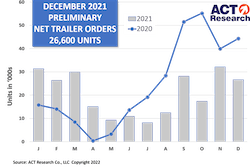 Trailer orders close out the year on a softer note 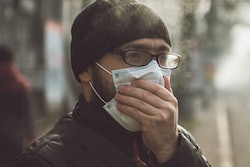 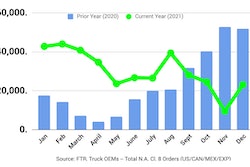 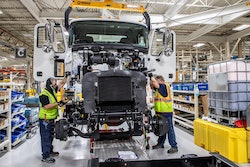