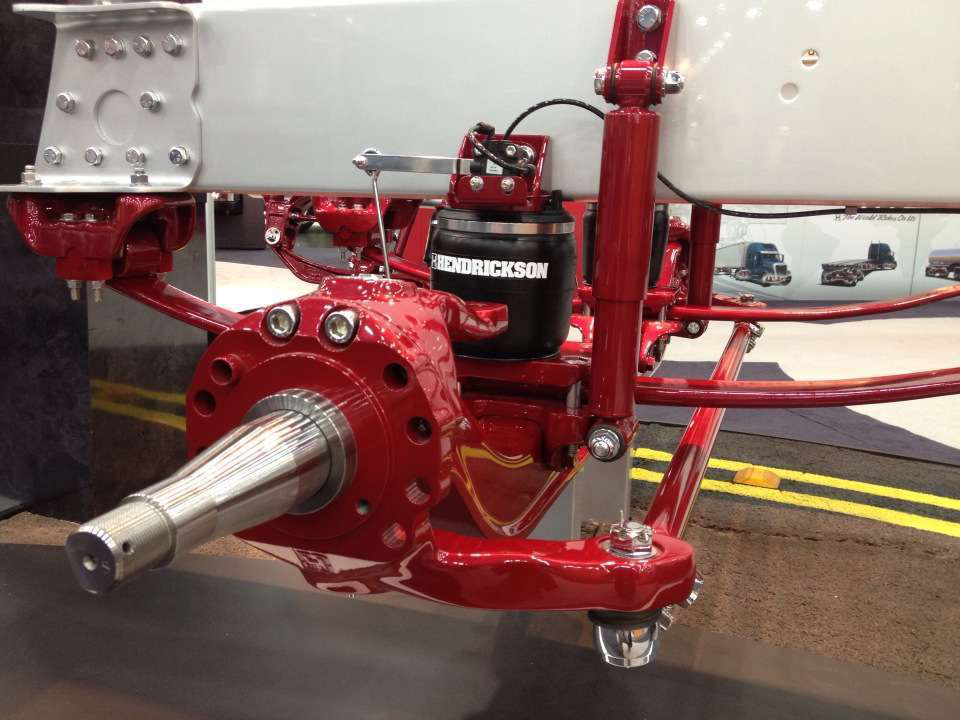 Hendrickson has announced its Ultimaax suspension, “the next generation rubber suspension” for the severe service market, said Doug Sanford, vice president and general manager for the truck market.

With a new flat bottom design for increased ground clearance, Sanford says the product addresses the need for severe duty suspension around the 46,000-pound segment, the company says.

Ultimaax will be available in the fourth quarter in three capacities, 46,000, 52,000 and 60,000 pounds. Later launches will cover heavier capacities.

Shocks usually need to be replaced during the truck’s life cycle, resulting in downtime. Leaky shocks can also lead to a citation, said Barr