Rotary Lift has updated the battery charger used on its MACH Series mobile column lifts and has relocated it to a more protected area within the lift column for improved durability, the company says.

The compact battery charger is the same technology that has been proven over five years in Rotary Lift’s Shockwave-equipped two-post, four-post and inground lifts.

“We improved the popular MACH Series of mobile column lifts by moving the battery charger inside the structure for added protection, and at the same time enhanced the aesthetics of the lifts,” says Doug Spiller, Rotary Lift heavy-duty product manager. “The new charger offers the same power and performance as the previous battery charger in a smaller package.”

The on-board charger in each column uses 110v power to digitally charge two 12V batteries at one time, eliminating the need for 220v wiring. Battery power means there are no power cords to clutter up the service bay, and the mobile columns will operate even during a power outage.

They can raise a vehicle 70 inches in 78 seconds. Lifting and lowering of all columns is automatically synchronized, and each column is equipped with a patented control panel so the technician can operate the entire lift from the most convenient column.

Mach Series lifts are available in sets of two, four, six and eight mobile columns, with either 13,000 lbs. or 18,000 lbs. of capacity per column. They’re available in both wired and wireless configurations, with a wide range of available accessories. 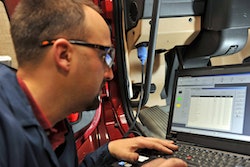 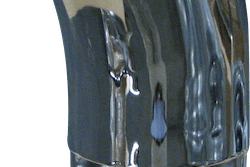 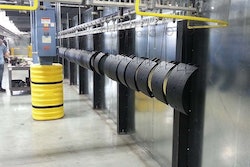 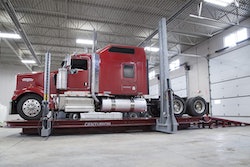