Developing an exit strategy can be an agonizing process for a small business owner. Creating a timeline for one's exit from their life's work is a mentally arduous experience. How do you know when it's time to go, or even time to start considering that eventuality?

Even in situations where a clear successor exists, there are no hard and fast rules for when and how a business is transitioned, and how an exiting owner communicates their plans and transitions their responsibilities to next generation leaders.

All of that is doubly challenging for business owners who do not have an established successor, or are unsure if they want to pass their business on to another generation of leadership at all. Picking the right person to fill a single job opening is a tough enough challenge these days. Picking the right person to hand over a business you've dedicated your life to growing? That's substantially harder.

Employee stock ownership plans (ESOP) do not eliminate these tough questions, nor do they reduce the fiscal and legal complexity of selling's one's business. But for business owners who care about their employees, and want to give them (and their company) a great chance to remain successful into the future, ESOPs offer a wonderful exit opportunity.

The Commercial Vehicle Solutions Network (CVSN) Aftermarket Distribution Summit addressed that opportunity during a panel discussion Monday. Featuring ConMet CFO Luke Penskar, Total Truck Parts President and Chairman Marc Karon, Midwest Wheel President and CEO Michael Callison Jr., and moderated by ConMet Vice President of Sales Brian Rieger, CVSN's panel was a candid an in-depth discussion about how ESOPs work, the positives and negatives of ESOPs for business owners and associates, and how complicated turning a private company into an ESOP can be.

On the latter, Karon was blunt. He first decided he wanted to transition Total Truck Parts into an ESOP nearly ten years ago and spent years developing an expert leadership team and cascading succession strategy to ensure when the transition was finally made the company would be best positioned to thrive.

"You need to have a strong leadership team set up for who will take over the business," he said. "If that team isn't strong, the payout could falter."

The nuts and bolts of an ESOP sale don't take as long, but it is a more complicated transaction than selling from one owner to another. Karon said he worked with a bank that specializes in ESOP transactions for his recent sale and the process still took more than two months once formally initiated. Callison said Midwest Wheel's sales experience was similar when some members of his family sold their shares (a 40 percent stake) in the company to the employees several years ago.

ConMet's sales was slightly more complicated, mostly due to its uniqueness.

Penskar said executives at ConMet's parent company Amsted chose to take the formerly public company private and become an ESOP in the mid-1980s to withstand a hostile takeover attempt. In 1998, the company went from a partially owned ESOP to a 100 percent employee-owned ESOP. Amsted is now one of the top five ESOP companies in the U.S

The panelists said all ESOP sales follow a similar general formula. A business owner (or owners) choose to sell a portion of their business to their associates. At this time, stock is created and purchased by the company on behalf of its associates. The selling owner initially receives a small payout from the business once the transaction closes, with future payouts scheduled based on the parameters of the transaction. The company then uses its profits to pay off the debt it incurred during the stock purchase.

Such a transaction is a risk for a selling owner, but it's one the panelists say is worthwhile. Final sales earnings can be substantially higher if the business remains successful while the seller is receiving their payouts.

Additionally, once a company becomes a 100 percent ESOP it becomes a pass-through entity and is no longer subject to federal income taxes. Taxes are instead paid on stock earnings when employees exit. This enables an ESOP to pay off its debt quickly and can help spur growth long term.

Another benefit for sellers and ESOP organizations is the investment the programs can create among workers. Once employees recognize how their performance directly ties into their profits and retirement income, they are often inclined to work smarter and harder. Penskar reported ESOP companies, in some cases, after 20 years of service as a 100 percent employee-owned ESOP, retirement benefits can double.

But the true value of an ESOP is the stock the transaction creates for its workforce. Employees within an ESOP become vested and are granted stock after working for the company for a specific number of years. Over their tenure with the company, the value of that stock increases. Then, when they choose to exit the business, they 'sell' their shares back to the business and receive a structured payout.

And all parameters of an ESOP are customizable — such as when an employee becomes vested, the percentage of corporate income allocated to employee shares, the timeline and exact structure of a payout, and more.

In an industry where employee retention is often a top problem, ESOPs create loyalty at a level no other benefits package can match.

"We feel the ESOP allows us to be more creative and competitive," said Penskar. "Every decision we make directly relates to us at the end of the day."

Added Callison, "When you get to see what an employee can walk away with after 10 to 20 years ... it's a tangible number and something they otherwise wouldn't have had. That's really impactful." 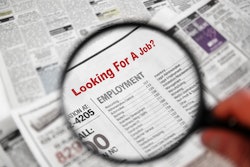 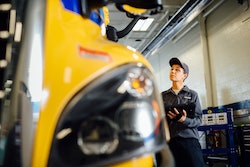 Millennials are career focused; your business needs to be too 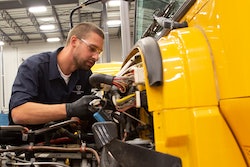 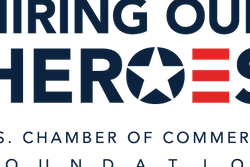