Tech talk gets emotional at TMC

But for those in attendance in Nashville, Tenn., when the session began, it was clear the demonstrative headline was no joke at all.

It was the reflection of a truly dire situation.

With thousands of positions already open and tens of thousands more anticipated by 2021, WheelTime’s George Arrants says trucking’s long-term future is at risk. The industry is leaking people faster than it can replace them, Arrants says, and if that’s not enough, the safety valves in place to support the industry aren’t working anymore.

“What education is teaching now is not what we need these kids to learn,” says Arrants. “These graduates don’t have the skill set we need.”

But he says he’s not surprised. The industry can’t expect technical training schools to build proper curriculum without any input from the industry itself.

Kenneth Calhoun agrees. As Vice President of Customer Relations at Truck Centers of Arkansas, Calhoun says he’s been the “loudest voice” in discussions within his state on the importance of building relationships between the trucking industry and schools attempting to support it.

Calhoun also says he’s dumbfounded by trucking’s willingness to accept negative perceptions about its technical careers. A simple poll of attendees at Tuesday’s session showed an overwhelming majority entered the trucking industry turning wrenches. Now all management-level professionals, Calhoun says the group’s personal experiences should be reason enough to stand up and support their careers and industry.

“This is an industry that supports careers, but we don’t talk about it in that way,” he says.

Dave Williams, former Verizon Fleet Services manager, says its time for that to change. That means actively promoting the industry at every opportunity, and sticking up for it when it is belittled or marginalized.

“We need to elevate the profession. To let parents know the kind of opportunities there are in this field,” he says. “We don’t do a good job raising our level of professionalism.”

It won’t be easy, but Arrants says it can be done.

He says technical school administrators and educators are hungry for assistance, and will welcome any knowledge and guidance the industry can provide. And when working with a school, he says its important to make sure educators know they need to be teaching more than just workshop skills. Soft skills and STEM (Science, Technology, Engineering, Math) courses are invaluable, he says.

“In most schools the only kids that are exposed to [STEM courses] are physics kids, who do it in theory,” Arrants says. “We have more tech on our trucks than almost anything else that moves in the world.”

“When you go down on the show floor later, look around,” Calhoun says. “Everything we do has to do with those STEM course every single day.”

And he says that’s a feature, not a bug, because STEM careers aren’t found in low-income industries.

The general public has “no idea that there are such lucrative opportunities throughout our world,” he says. 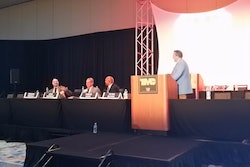 Blast From the Past: Implementing a mentoring program in your shop 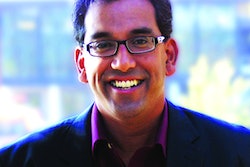