After an unsuccessful attempt at resolution to a labor dispute, the United Auto Workers (UAW) have decided to go on strike at Volvo Trucks North America’s New River Valley (NRV) truck assembly operations in Dublin, Va.

“We are surprised and disappointed that the UAW decided to strike. Progress was being made, and we had offered substantial increases in our employees’ compensation,” says NRV Vice President and General Manager Franky Marchand.

“We don't understand why the UAW won’t allow our employees to continue building trucks while we continue negotiations. We are committed to the collective bargaining process and look forward to getting back to the table. We are confident that we will be able to arrive at an agreement that provides a competitive wage and benefit package for our employees and families, and helps to ensure the plant's competitiveness, long-term growth and sustainability.”

The UAW also issued a statement, stating it was disappointed that Volvo Truck has “failed to present a substantial offer” by the March 16 contract deadline. The UAW has proposed a future bargaining date of Monday, April 26, 2021.

“Our goal remains to achieve a fair tentative agreement for our members, their families and the community of Dublin, Va.,” says UAW Secretary-Treasurer Ray Curry, director of the UAW Heavy Truck Department.

The union says more than 2,900 UAW members want a new agreement that protects their families through job security, adequate wages and benefits and protects their health and safety. Curry says the members of UAW Local 2069 are committed to achieving a contract that is best for their families and the company.

“Every day our UAW members leave their homes proud of the work they do at Volvo making some of the finest trucks in the world. Our members and their families made this sacrifice in order to get a fair contract offer that protects their wages, benefits and health and safety,” says Mitchell Smith, director of UAW Region 8.

The Volvo Group says it is the only heavy-duty truck manufacturing group that assembles all of its trucks and engines for the North American market in the United States. The NRV plant employs more than 3,300 people, about 2,900 of whom are UAW members.

The plant is in the midst of a $400 million investment for advanced technology upgrades, site expansion and preparation for future products, including the innovative Volvo VNR Electric truck, slated for the serial production launch this spring. The plant has added 1,100 jobs since the current union agreement was implemented in 2016 and is on track to have a net increase of approximately 600 positions in 2021, Volvo says. 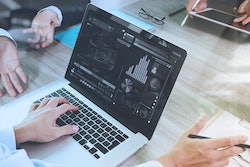 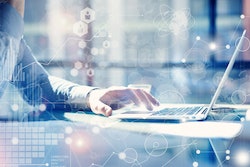 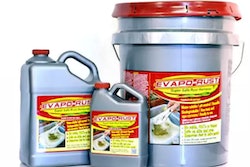 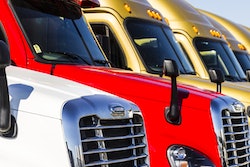