Donaldson Company has announced the patent recipients and winners of the Company’s 14th Annual Inventor Awards, which are given to employees whose work on various technology innovations has contributed to Donaldson’s continued success as a leader and filtration innovator.

Employees are eligible to win one of five annually designated awards the company says. The Technology Achievement Award is given to an employee who has developed a material, product, process or method that has made an extraordinary contribution to Donaldson’s long-term success. This year’s recipient is Hans-Michael Schuster for Ultrapac 2000. Hans is a technical manager for Compressed Air and Process, based in Haan, Germany.

The Emerging Innovator Award recognizes innovative technical leadership from those with fewer than 10 years of experience at Donaldson. This year’s winner is Matt Goertz, corporate technology, senior scientist, based in Bloomington, Minn.

The Technology Champion Award recognizes an individual who advances a technology or process against popular opinion, which is later recognized as the right thing to do. Dave Mulder, engineering director for Engine Off-Road Air Filtration applications, and Brian Tucker, development engineering director for Engine Liquid Filtration, both based in Bloomington, Minn., are this year’s recipients.

The Frank A. Donaldson Award, named after the company’s founder, recognizes long-term engineering achievement. This year’s awardee is Johan Fobe, director of the Donaldson Innovation and Technology Center in Leuven, Belgium.

“As customers’ equipment and technology advances, Donaldson’s engineering, technology and operations staffs are continually developing original solutions that anticipate and exceed evolving requirements,” says Sheila Peyraud, Donaldson vice president and Chief Technology Officer. “With more than 1,400 active patents and the design of industry-leading media, materials and products, our employees’ innovations are vital to our global filtration leadership. I congratulate each of the awardees on their outstanding achievements.” 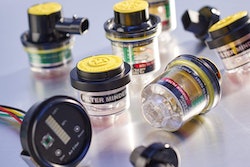 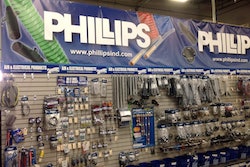 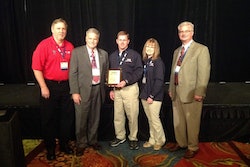 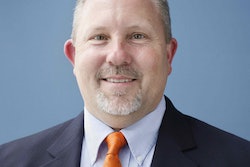