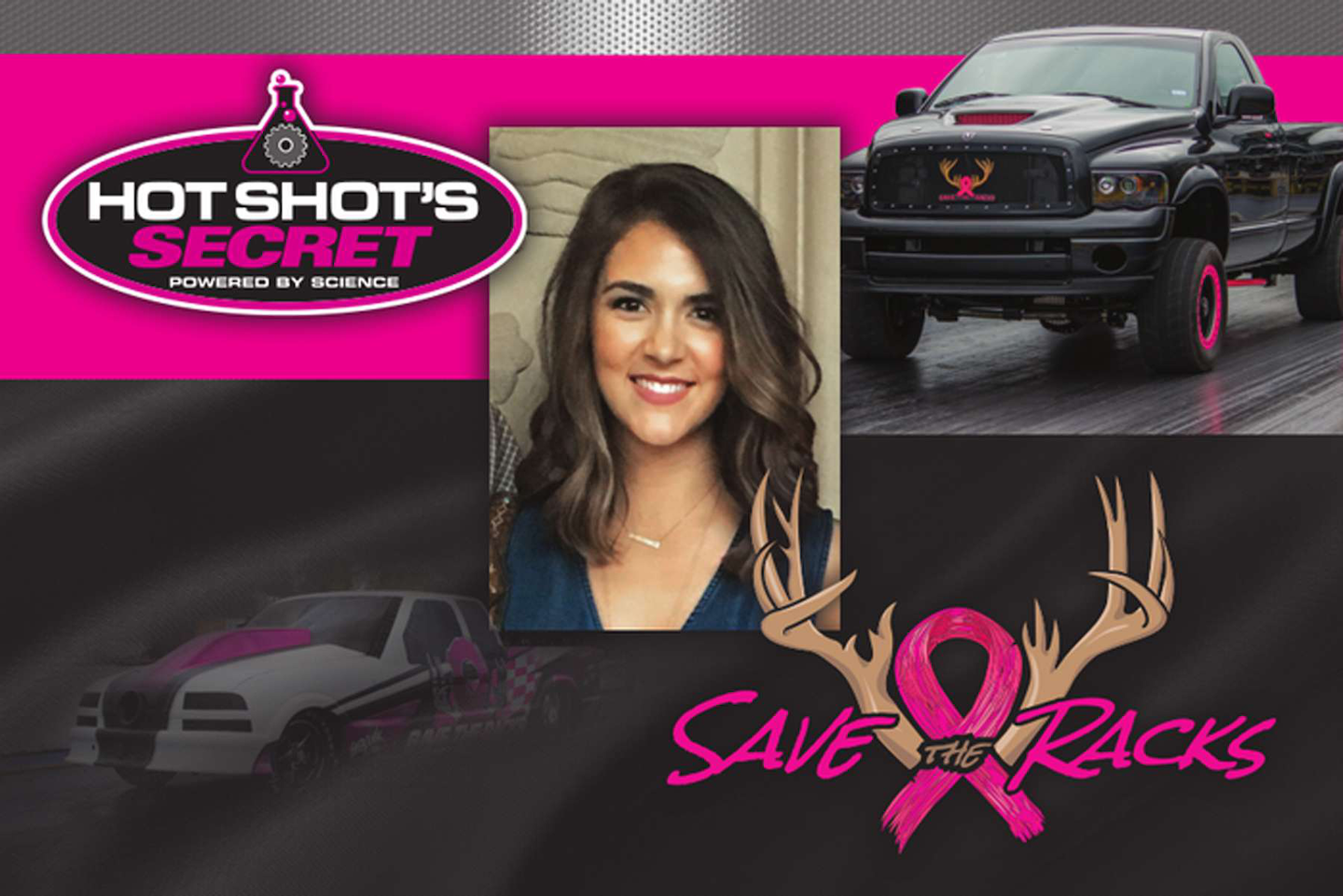 Amalee Mueller has taken the lead in sled pulling points for Pro Stock and Limited Pro Stock classes, as well as second place in points for the Super Diesel class of NHRDA’s Hot Shot’s Secret Diesel Drag Racing series. With funds on the line for her charity, Save The Racks, Mueller has an incentive to make it to the finals.

After her mother’s triumphant battle against breast cancer, Mueller decided to brand her Dodge Cummins-powered truck Save The Racks to raise awareness and lend support for a continuing fight against breast cancer. Soon thereafter, Lubrication Specialties Inc. (LSI), manufacturer of Hot Shot’s Secret and the title sponsor of the NHRDA Hot Shot’s Secret Diesel Drag Racing series, announced they would support her cause by donating funds for each pass made by Mueller in her Super Diesel race truck, as well as the family’s other Save The Racks branded Pro Stock race truck, currently driven by Larson Miller from Firepunk Diesel. All funds will be donated to the Breast Cancer Research Foundation. Halfway through the season, more than $4,000 has already been raised.

Kyle Fischer, LSI director of marketing, says, “We have long been impressed with Amalee and her determination to win. When we heard of her plans to raise awareness for breast cancer, our company was committed to backing her. We announced the Save The Racks promotion that donates funds for every pass, as well as additional funds if the trucks make it to the finals of any racing class.”

With every pass made during the season by Mueller or made by the Save The Racks Pro Stock truck, Hot Shot’s Secret donates $50. Additionally, the company provides a $250 bonus for finishing runner-up and a $500 bonus for a class victory.

“Hot Shot’s Secret as a brand is growing very successfully, and we attribute much of it to our title sponsorship with NHRDA, and the kinds of partnerships in the automotive industry we have established like the one with Amalee Mueller,” says Fischer. “She is a fierce competitor both on the track and in her efforts to find a cure for breast cancer. It feels great to be in a position to help her cause.”