The company says in the crowded commercial vehicle aftermarket, it can be tough for vehicle owners to evaluate the right part for their vehicle. The differentiation between reman and rebuilt components aren't always spelled out, which can be confusing for buyers. And in some cases, Bendix says the wrong choice can come with the risk of part failure, as well as damage that can more than eliminate any savings from opting for the lowest-cost option.

“By comparison, when a rebuilder disassembles the core of a product for reuse, they don’t necessarily replace the components of that product with new ones or bring the product back to its OEM specs,” says Richard Nagel, Bendix director, marketing and customer solutions – Aftermarket and Air Supply. “Rebuilders may simply clean or repaint components. And even if they do replace them, rebuilders may not have full access to OEM-quality parts – so you’re rolling the dice.”

Bendix adds MERA's Manufactured Again Certification can help you determine a true remanufacturer. The certification program, launched in 2017, is overseen by MERA – The Association for Sustainable Manufacturing. The criteria align with the internationally recognized quality management standard ISO 9001 and IATF 16949, one of the automotive industry’s most widely used international quality standards. To receive Manufactured Again Certification, remanufacturers are required to submit third-party evidence of conformance to the accepted quality standards. Nagel notes Bendix was among the inaugural class of 14 leading remanufacturers initially approved for participation.

Bendix says pistons, connecting rods, and crankshafts undergo a great deal of stress, and the compressor’s head and valves experience carbon buildup. They remain failure points if they’re not replaced as part of the reman process — underscoring the importance of knowing whether the remanufacturer has replaced those parts with OEM components. Customers also should consider whether a remanufactured compressor’s piston has been re-honed and matched with a new piston to fit the bore.

Nagel says, “Over time, the bore gets worn and scuffed, and it no longer shares its precise original fit with the piston. Re-honing a piston during remanufacturing restores that fit, which is key to ensuring the piston passes just the right amount of oil during operation. A small amount is necessary to lubricate the compressor, but too much, and you risk contaminating the air supply – and that can lead to huge headaches.”

With air disc brakes — a product growing in popularity in the trucking space — remanufactured calipers make sense as a replacement option.

According to Mark Holley, Bendix director of marketing and customer solutions – Wheel-End, fleets and owner-operators seeking to save costs while maintaining the safety and performance advantages of air disc brakes should ask these four questions when buying remanufactured calipers:

Drum brakes have been around in the reman market much longer but also require some evaluation before being purchased, the company adds.

“The road is a terrible place to wonder whether those replacement drum brake shoes were truly remanufactured or whether they were just relined and given a new coat of paint,” Holley says. “In this case, true remanufacturing means correcting the deformities caused by force and temperature changes during the shoe’s previous life.”

[RELATED: Remanufacturing: What it is and what it is not]

Bendix says coining is a process in which a press returns a shoe to its originally engineered geometry. Use reman shoes that have been re-coined. Otherwise, the shoe may not make full contact at the anchor pins or in the roller pockets at the S-cam. An uncoined reman shoe can also lead to problems reinstalling the drum. And even if it’s relined with new friction, an uncoined shoe may not provide full drum contact, which could lead to unpredictable brake performance and uneven wear.

Further, Holley points out, customers should make sure the new lining has been certified for Reduced Stopping Distance compliance. “The regulation has been on the books for years now, but there are still non-compliant versions out there that may not deliver the required performance,” he says. “Your drivers may be accustomed to a certain stopping distance and are likely to get something different if the friction is not RSD compliant.”

Finally, as with other components, remanufactured steering gears are brought back up to OEM standards through 100 percent inspection of all hard parts, along with the replacement of key parts that typically wear out.

“In this case, that includes production-released hydraulic seals, all steel recirculating balls, cover retaining rings, and ball guides, plus slot valves when necessary,” saysTJ Thomas, Bendix director of marketing and customer solutions – Controls. “Each of these must be replaced with parts identical to the ones found on a brand-new product.”

Additionally, customers should remember to ask their reman suppliers about how they test their products. OEM manufacturers such as Bendix regularly subject their remanufactured parts to the same substantive testing as their new part. They use the same equipment and aim for the same high standards to ensure tolerance, performance, and dependability.

“Delivering quality along with a reduced replacement cost is what genuine remanufacturing is ultimately about – helping fleets and owner-operators manage their bottom line while extending vehicle life and reducing total cost of ownership,” Nagel says. “Asking the right questions along the way will help keep trucks and truck drivers on the road and rolling safely.” 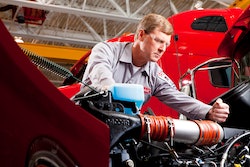 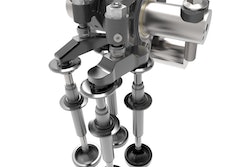 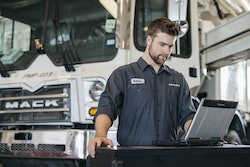 AMTs: How to maintain the transmissions, where to find training 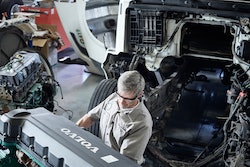