You can’t do anything to address a customer complaint until you know exactly why they’re mad, says Chas Voyles, regional manager of fleet services at Navistar, and chairman of the Technology and Maintenance Council’s (TMC) Service Provider ‘Conflict Resolution’ task force.

To do that, you have to listen, which Voyles says is sometimes easier said than done.

“People struggle with listening,” he says. “When a customer comes in complaining it can throw you off; a lot starts going through your head. If you aren’t focused on listening, you can miss the root cause of a problem.”

Voyles says his task force has identified a number of tips that can help in listening and grasping a customer complaint. Among the tips are retreating to a private location, allowing a customer to speak first and taking notes during all conversations.

Each aspect is valuable, Voyles says, because it puts you in position to dedicate all your attention to the customer. Away from distractions, some conflicts can be ended in one or two conversations.

“Listening is very important because a lot of times a customer will take [a conflict] personal when it’s not,” adds James Williams, senior director of vendor relations at FleetNet America. “If you don’t listen, they can take it that you don’t care, and that’s no good for either side.”

When listening it also helps to be sympathetic, Williams says. While some customers will exaggerate the severity of their complaints for sympathy, most customers aren’t going to complain unless they’ve been seriously inconvenienced.

And not every customer who shows up angry is angling for a discount.

Showing a customer a willingness to sit down and intently listen to their concern can sometimes be all they really need, says Kenneth Calhoun, vice president of customer relations at Truck Centers of Arkansas. “I can’t tell you how many times I’ve had a conflict get to me only to discover at the end of the day the customer just wanted to find someone who was sympathetic to their situation,” he says. “They didn’t expect us to fix everything; they just wanted to speak to someone who cared [about it].” 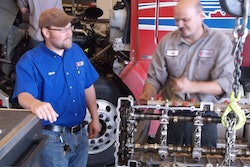 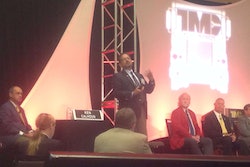 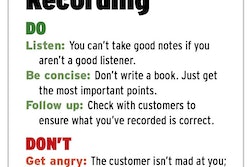 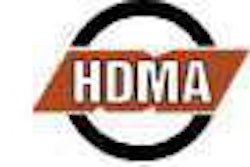