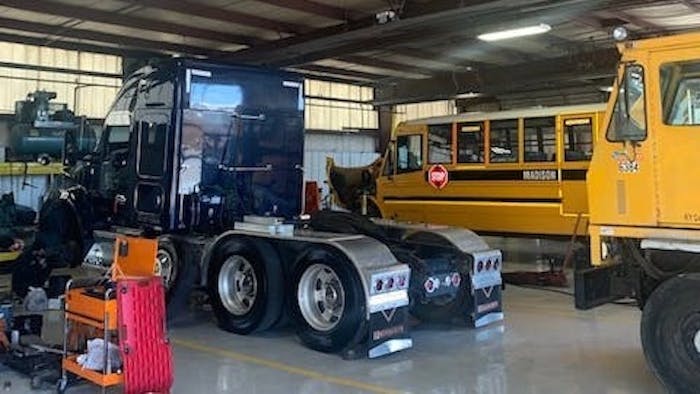 Knowing how heavy-duty truck technicians look for employment and what they want in a company is important information for aftermarket service providers to ensure they’re never caught short-handed in the bays.

When looking for a new job, most techs use word of mouth, according to the recently released State of Diesel Technicians report, produced by Trucks, Parts, Service parent company Randall Reilly and sponsored by Shell Lubricant Solutions. The popularity of word of mouth makes sense. A good endorsement from another tech about a company is more powerful than anything a job seeker can glean from, say, a service provider’s website or Google search.

When technicians were surveyed about what resources they use when looking for a new job, the top two answers given were word of mouth and using job posting sites at 60 and 54 percent, respectively. At 29 percent was tech-specific job posting sites such as Diesel Tech Jobs. Employment search resources garnering 21 to 25 percent included internet searches, such as Google; going directly to websites of dealers, garages and OEMs; and local classified ads. Least chosen by techs were job fairs at 5 percent.

“We use all kinds of methods, honestly,” says Christy Cozby, vice president of operations, Texas Trucks Direct. “Facebook, Indeed Resume and a company named Betterteam, where you place the ad with them and they post it on various job websites.”

The survey also asked technicians to prioritize what’s most important to them from nine choices given. Here, we are looking at what was chosen first and second in importance.

More interestingly is that, while 10 percent of respondents ranked location first, 37 percent ranked it as second most important.

From the above data points, we can surmise pay, benefits and location are the three most important factors technicians strongly consider when deciding on an employer. Though a service provider can’t do much in the way of location, it can make changes to its pay and benefit structure to attract technicians to their company.

While the percentages are low by comparison, newer technology could be what ultimately sways the tech to your shop versus another. What’s more the updated technology makes your shop more efficient, in general.

Despite the lower percentage, opportunities for advancement shouldn’t be ignored. You can read more about that in the second installment of this series.

As far as the rest of the choices available to respondents, the percentages all were in the single digits: scope of work, corporate culture, types of equipment or vehicles techs would be working on, continuing education or training, and size of the company.

The survey asked if there are any other factors that are important to them when choosing a company. Written comments included:

During a time when recruiting quality heavy-duty truck technicians is difficult, a fair number of them appear willing to take a technician job in a different industry, according to the survey.

Nearly 70 percent of survey responders said they would consider leaving the trucking space if they found a better career opportunity elsewhere. Reasons given for leaving included more money (41 percent), if the job was closer to where they live (14 percent), if the company would allow them to advance their career even if it didn’t include more pay (7 percent) and if the company would train them (6 percent).

Rounding out the responses, 16 percent of techs said they wouldn’t consider leaving the industry and another 16 percent were undecided. 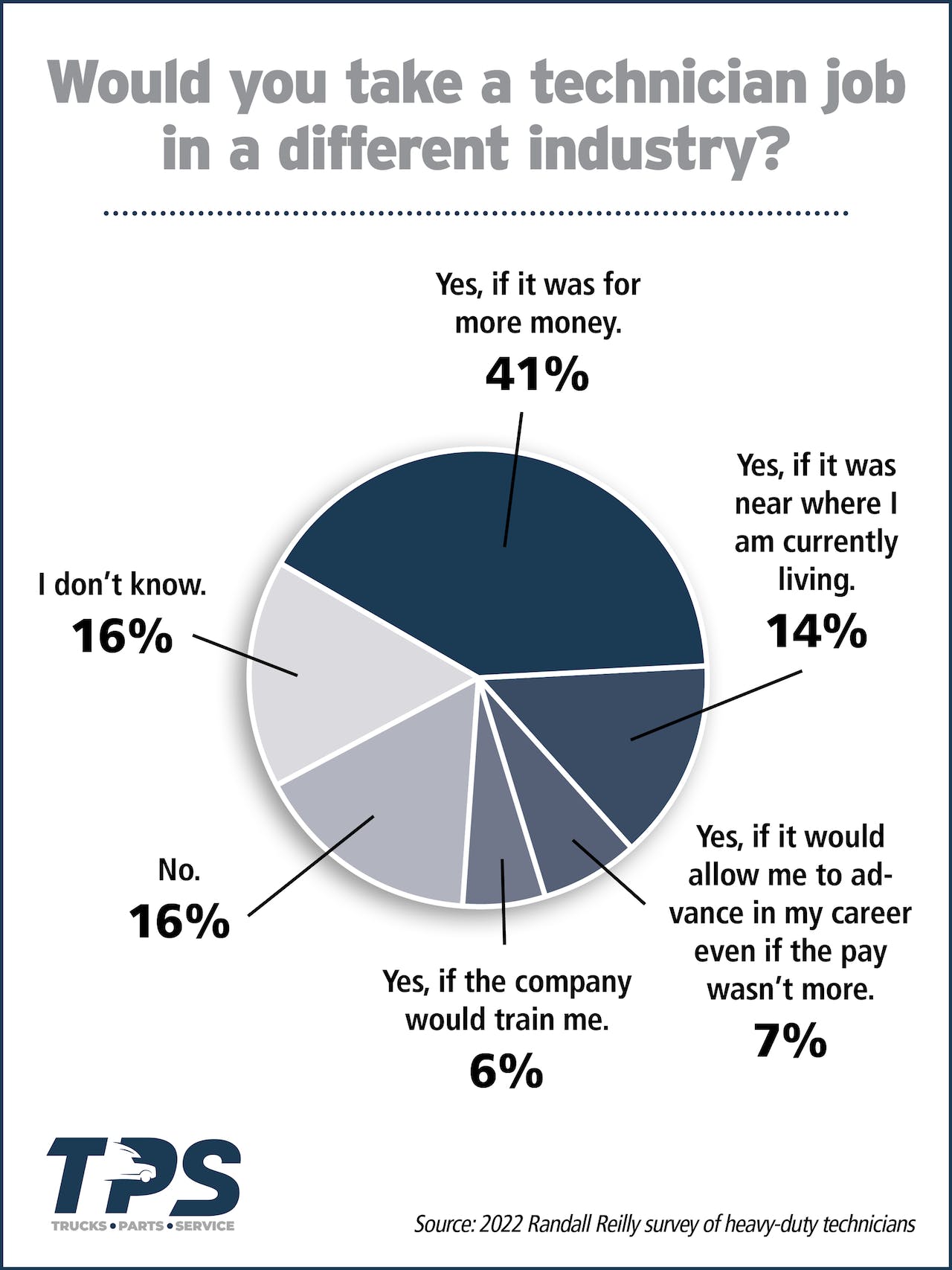 The 2022 Randall Reilly technician survey provides deep insight into many facets of the heavy-duty truck technician. It’s a good barometer not only of what techs want in terms of pay, benefits, training, advancement, etc., but the survey also provides a measuring stick for service providers and their own employees. By knowing what technicians are getting with their current employers and what they would like to have more of, service providers can determine how best to move forward with retaining and attracting quality techs.

[Editor's note: Catch up on what you might have missed in Part 1 and Part 2 of the series.) 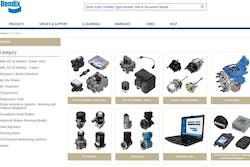 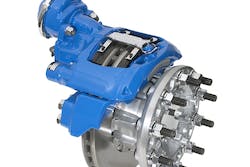 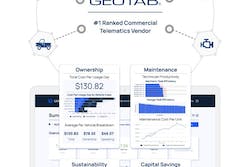 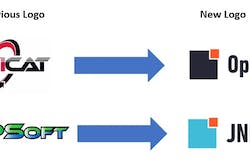